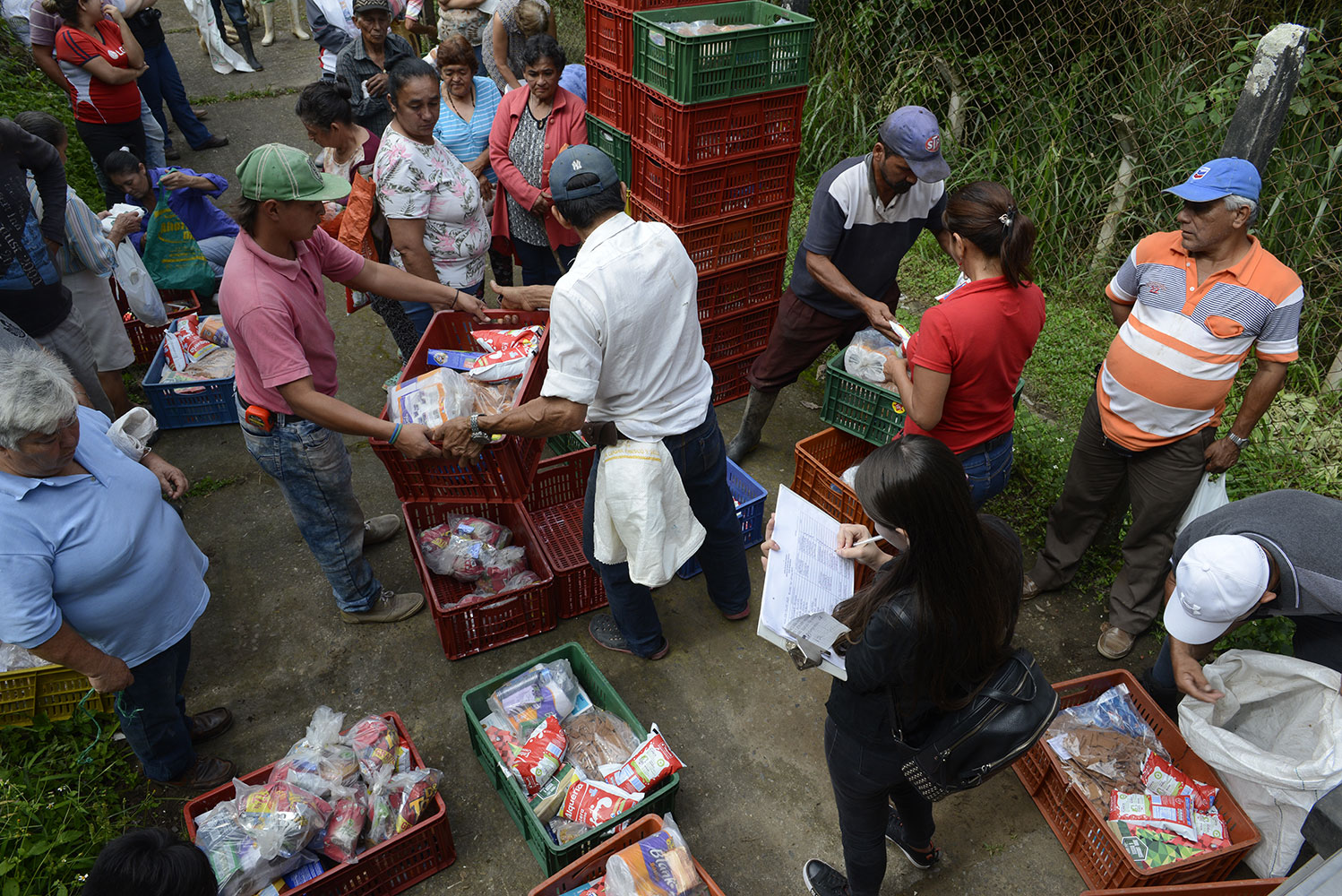 From Crisis to Resilience

From Crisis to Resilience: Three priorities to counter current and future food emergencies

By Morgan Gillespy, Global Director, Food and Land Use Coalition (FOLU); Edward Davey, Policy and International Engagement Director, FOLU; and Kevin Watkins, Visiting Professor at the Firoz Lalji Institute for Africa at the London School of Economics, as guest contributor.

The global food system is under unprecedented strain. Climate change, Covid-19 and the war in Ukraine have pushed food, fuel, and fertilizer prices to historic highs. The UN Secretary General, Antonio Guterres, says the world is facing a ‘hurricane of hunger’. Surging food prices are pushing millions of the world’s poorest households into poverty and malnutrition, triggering street protests, and fueling a global cost-of-living crisis.

The question we are asking ourselves is: faced with a global crisis, can the world’s governments cooperate to develop the multilateral solutions needed? Can they make decisive interventions that will avert a catastrophic reversal in human development, protect their most vulnerable citizens, and – critically – build a more sustainable, less crisis-prone food system?

The Food and Land Use Coalition (FOLU) is working with partners to steer the international response towards reforms that save lives and prevents poverty today, while setting a new direction for food systems that are manifestly failing to meet the challenges posed by hunger, malnutrition, ecological decline, and the climate crisis.

The immediate backdrop to the food crisis is the war in Ukraine. Timothy Snyder, the Yale historian, has persuasively argued that weaponizing food is part of President Putin’s strategy. Unfortunately, the success of that strategy reflects the vulnerabilities built into the global food system, including the dominant role of a small number of suppliers in global markets. Reducing those vulnerabilities while responding to the immediate challenges requires action on three fronts.

First, the humanitarian emergency is real – and it needs to be tackled now. Over 193 million people face famine-like conditions across a broad group of countries from the Democratic Republic of Congo, to Ethiopia, Somalia, Yemen, and Afghanistan. The Horn of Africa is experiencing its worst drought in more than four decades. Humanitarian agencies are struggling to respond as food prices rise and supplies shrink, with the World Food Programme reportedly forced to limit aid to South Sudan. The agreement between Russia and Ukraine to allow a resumption of cereals shipping is likely to help alleviate the crisis – but it won’t solve it.

The G7 and the G20 have rightly drawn attention to the spectre of famine now looming over many countries, but have failed to close the financing gaps. There is a $10bn shortfall in food security funding across UN appeals – and less than one-third of  the UN’s humanitarian response plan for Somalia is funded. These, and many other financing shortages, need to be closed.

The crisis has also turned the spotlight on deeper structural weaknesses in the humanitarian system. Reliance on chronically under-funded international appeals is not a viable financing model for agencies responding to the interlocking impacts of climate change, conflict, and food price inflation. We need a humanitarian system that places far more weight on crisis prevention. Waiting for predictable crises to happen and acting after livelihoods have been destroyed is inefficient and inequitable.

The humanitarian challenge is the tip of the food security iceberg. Up to 828 million people experienced hunger in 2021, according to the FAO – an increase of 150 million in just two years. One-in-five people in Africa live with the grinding daily reality of hunger. Globally, over 3 billion people were unable to afford a healthy diet. As food prices rise, these numbers will worsen unless governments and the international community act.

The second priority is to shield these vulnerable populations from the impact of rising international prices. There are some encouraging signs of an international response. The World Bank and the IMF are increasing balance of payments support to developing countries highly reliant on food imports. The FAO is proposing a Food Import Finance Facility (FIFF) of up to US$25 billion to help countries eligible for International Development Association funds cover the rising costs of food imports. Both are a step in the right direction, though it begs the question as to why the multilateral development banks are not already playing such a role.

The bigger concern is that the fiscal space available to governments across many developing countries is shrinking. Growth has slowed, revenues have shrunk, and debt repayment obligations are soaring as interest rates rise. Africa faces a debt service bill of $64bn this year. Former Tanzanian President Julius Nyerere once famously asked his country’s creditors if they expected him to starve Tanzania’s children to repay debts. Children across poorer developing countries might justifiably ask the same question today as debt repayments crowd out spending on safety nets, nutrition, and health. The G20’s ongoing failure to broker a debt reduction mechanism is helping to fuel this food crisis.

Many of the immediate solutions to the inflationary pressures now building are well known. Targeted cash transfers and nutrition safety nets can shield vulnerable populations against the devastating effects of food price inflation. One example is school meals. Many millions of children have now returned to classrooms closed by Covid-19 carrying the triple burden of lost learning, poverty, and hunger. School meal programmes are an effective and affordable response. Around $6bn a year would make it possible to restore programmes closed during Covid-19 and reach an additional 73 million children. Yet donors are failing to act.

There is much that governments can – and should – do to mitigate the impact of surging food prices, but remedial action is not a substitute for deeper reforms. This is the third priority.

‘Food system reform’ sounds like an abstract concept, but it’s not. Citizens around the world should be asking why they are spending over $600bn a year as consumers and taxpayers to finance intensive agricultural systems that are spectacularly effective at feeding animals, enriching large-scale corporate agriculture and agri-businesses, fueling climate change, depleting biodiversity, and wreaking ecological damage – but are wholly unfit for ending hunger, supporting affordable, healthy and diverse diets, and facilitating a zero-emissions pathway for preventing climate change.

Converting subsidies for intensive agriculture into investments in ecologically sustainable practices is a key condition for food system reform, amongst other interventions. Almost two thirds of farm subsidies in the US go to the wealthiest 10 per cent of farms, while millions of poor American households the US struggle to feed their children. The billions of dollars ploughed by the US government into ethanol subsidies is a further  example of an agricultural system delinked from human need.

Working on the principle that every crisis presents an opportunity, there is a real chance to lay the foundations of a much fairer, more sustainable, and more resilient global food system. Governments have a moral responsibility to address humanitarian emergencies; prevent growing numbers of the global population going hungry; ensure those same people have access to affordable food; and work collaboratively to reform our global food system.  We must seize the moment.