“We need to establish rural-urban corridors with decent infrastructure, roads that aren’t washed out for half the year, and markets all along the way. You talk to any rural farmer, they’ll talk about roads and markets.” 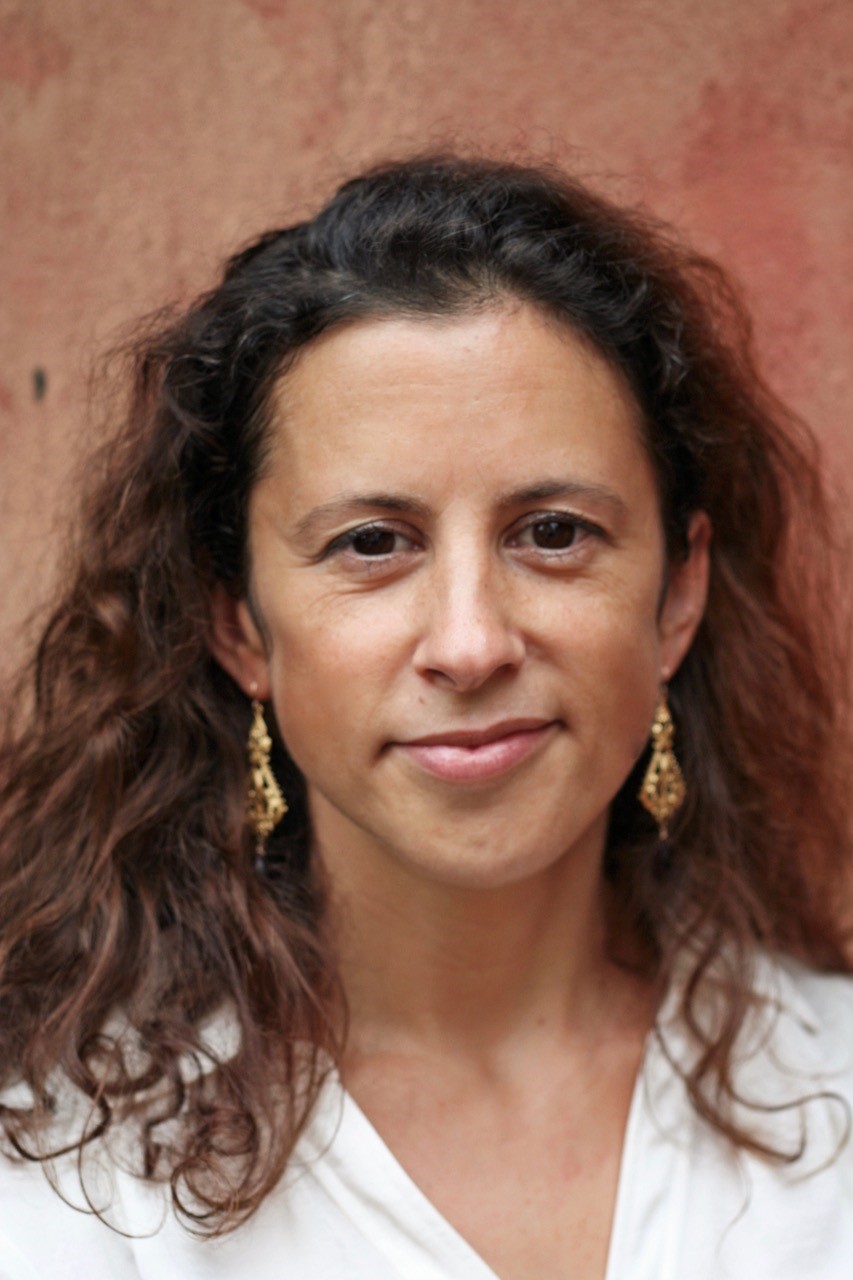 FOLU Ambassador Jessica Fanzo, PhD, is the Bloomberg Distinguished Professor of Food Policy & Ethics at Johns Hopkins University and Director of the University’s Global Food Ethics and Policy Program. She is also Editor-in-Chief of the Global Food Security Journal, served as co-Chair for the Global Nutrition Report and contributed to the EAT Lancet report.

Through extensive experience in academia and research, as well as 15 years working in the field in Sub-Saharan Africa, South and East Asia, Dr Fanzo seeks to promote equitable, sustainable and nutritious diets. Her research is focused on the linkages between agriculture, water and health and places importance on the rebuilding of food systems in post-conflict regions.

What originally inspired you to get involved in nutrition?

I started my education and career in nutrition: all my degrees were in nutrition, with a particular emphasis on biology. Nutrition was viewed much more clinically then and wasn’t as popular as it is now – no one was instagramming their dinner!

After my doctorate I became fascinated by global health, which offered a broader scope, incorporating social, academic and political perspectives. Since then, nutrition has developed to encompass these fields, but it didn’t so much at the time. I focussed on molecular immunology, in particular around HIV, which took me to Africa to work on the Millennium Villages Project with Jeffrey Sachs.

The places I worked on the Millennium Villages Project were deeply rural and the geographical diversity was striking – you didn’t have to travel far to see agricultural systems very distinct from one another. Seeing the huge burden of malnutrition, the isolation from lack of roads and lack of access to markets really illuminated the connections between nutrition, agriculture and rural prosperity. With renewed appreciation for the importance of food, I returned to the nutrition field, but this time from the perspective of agriculture and food systems. 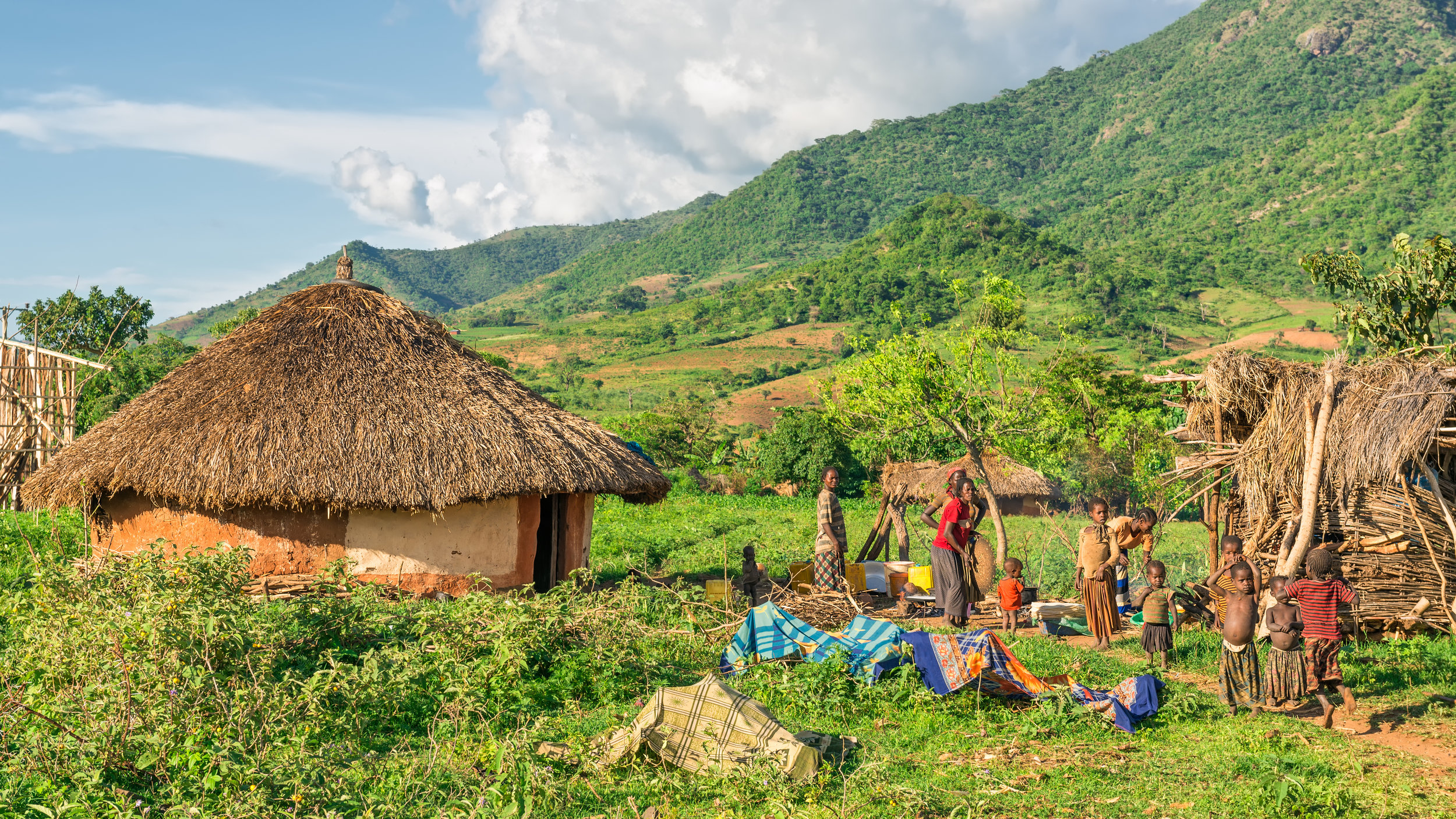 Work in the field seems to have been an influential part of your career – how does this experience compare and interact with your work in research institutions?

Research is so important and the reach of reports like the Global Nutrition Report and the EAT Lancet has been great – they are contributing to science and equipping people to drive change across the globe.

But my field experience is what reignited my passion for nutrition and when I reflect on my work over the past twenty years, I miss those days of working ‘on the ground’. The happiest I’ve been is talking to farmers, young mums and other members of local communities.

Moreover, my fieldwork has had a significant influence on my research, highlighting the importance of rural communities in wider food systems. There’s a big focus on the urban agenda at the moment – but someone needs to feed those urban populations. We need to establish rural-urban corridors with decent infrastructure, roads that aren’t washed out for half the year, and markets all along the way. You talk to any rural farmer, they’ll talk about roads and markets. 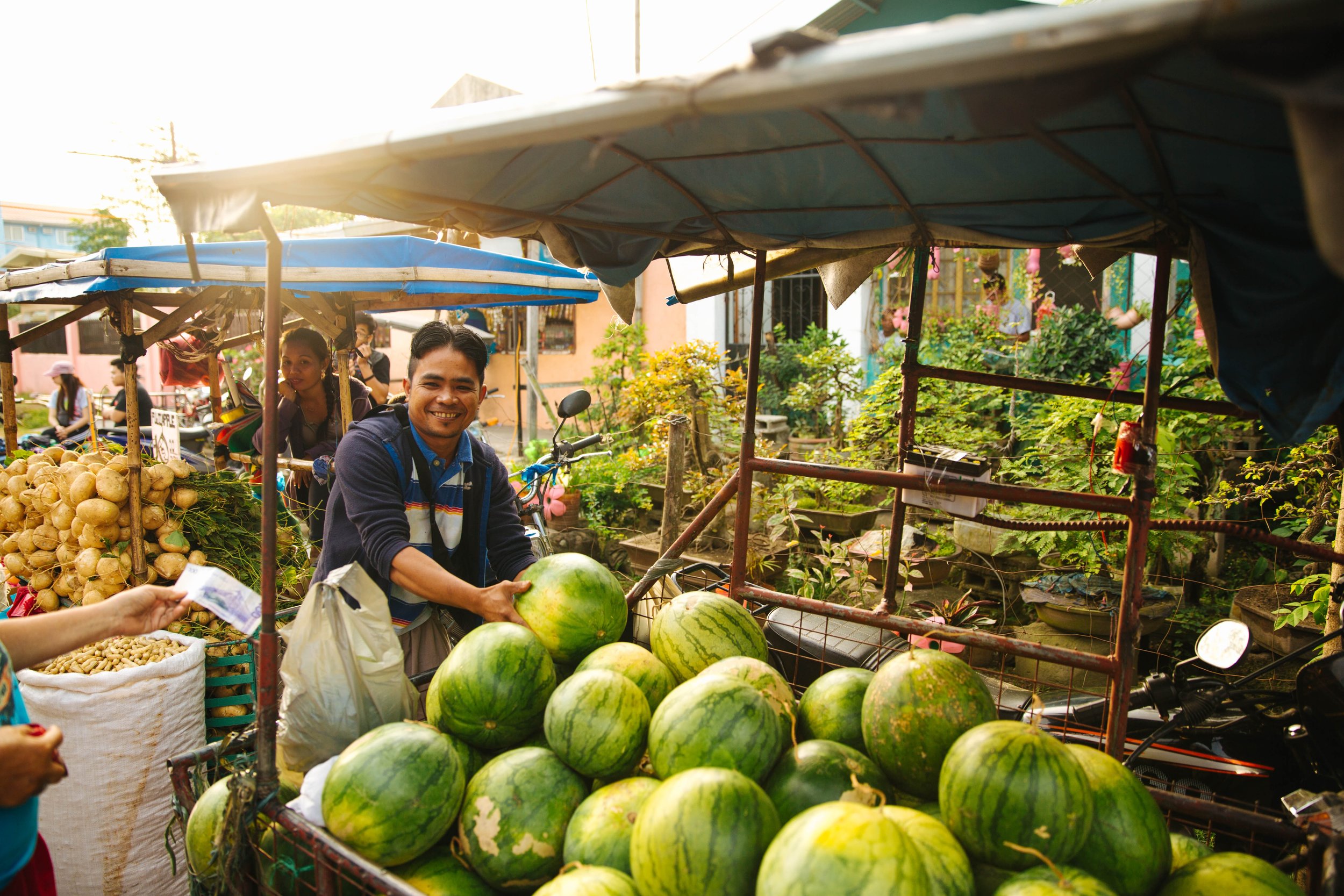 Infrastructure is often at its weakest in post conflict zones, where you have spent a significant part of your career. Tell us about the key links between conflict and nutrition.

Countries that have dealt with high levels of conflict tend to have increased prevalence of malnutrition, stunting and wasting. This is unsurprising given conflict’s direct impacts on agricultural production and the natural assets upon which food production depends. The subsequent food insecurity has huge downstream effects and there’s a real lack of coping mechanisms as the instruments of state are weakened or destroyed altogether. So the end of conflict does not mean the end of all associated problems – the damage done takes generations to rebuild.

Crucially, the impacts of conflict aren’t limited to the country where it’s happening. What is on paper one conflict in one country can destabilise a whole region, as we’ve seen for example in the Middle East. Meanwhile, climate change will increase the likelihood of conflict: climate-induced migration and increased inequalities will have destabilising effects.

So, while there is interesting and cheering research on the world becoming less violent, there is still cause for concern. I worry about the long-term impact of conflict and of the ricochet effects on wider regions. That’s why getting nutrition and food systems right in post-conflict zones is so important. 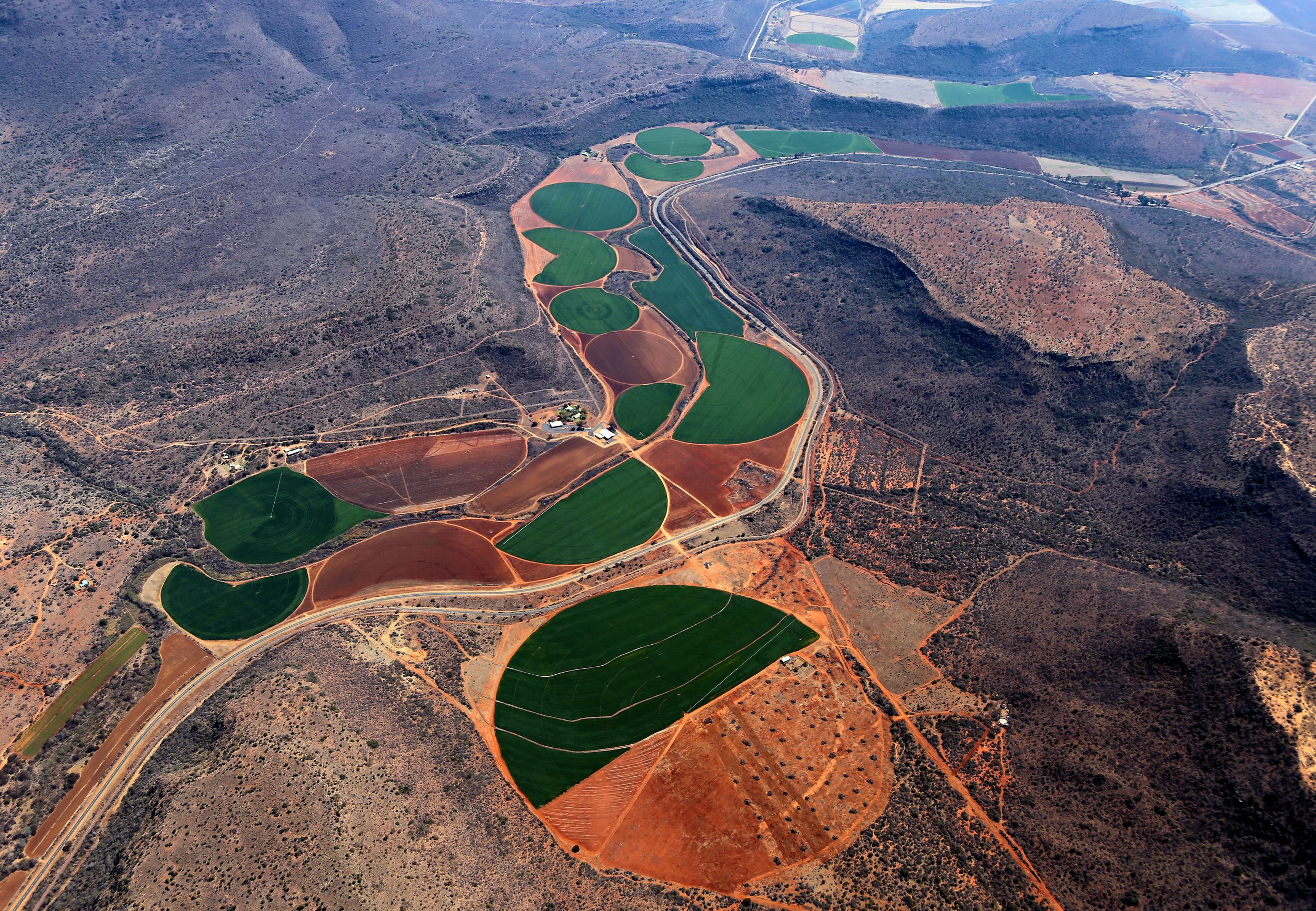 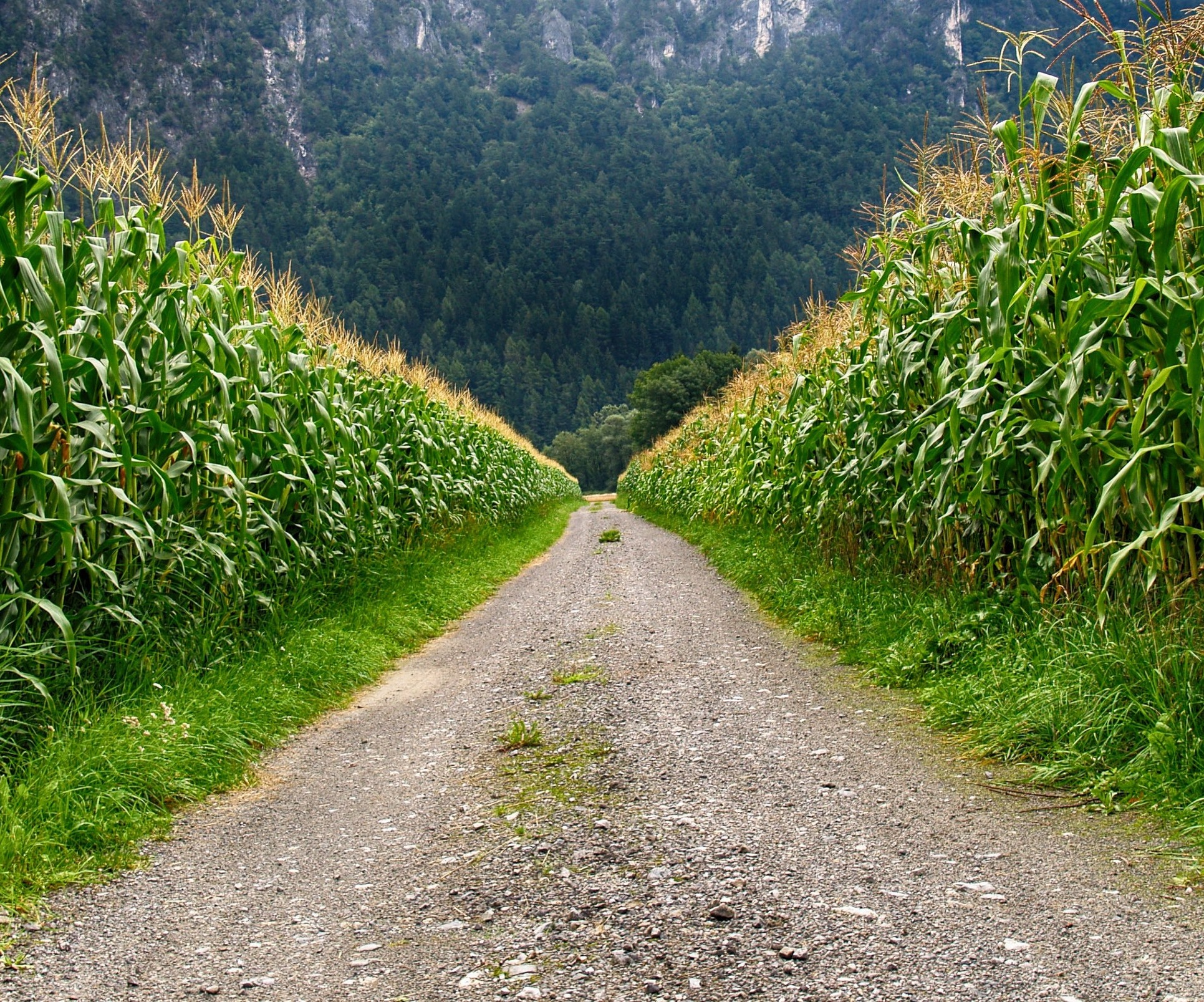 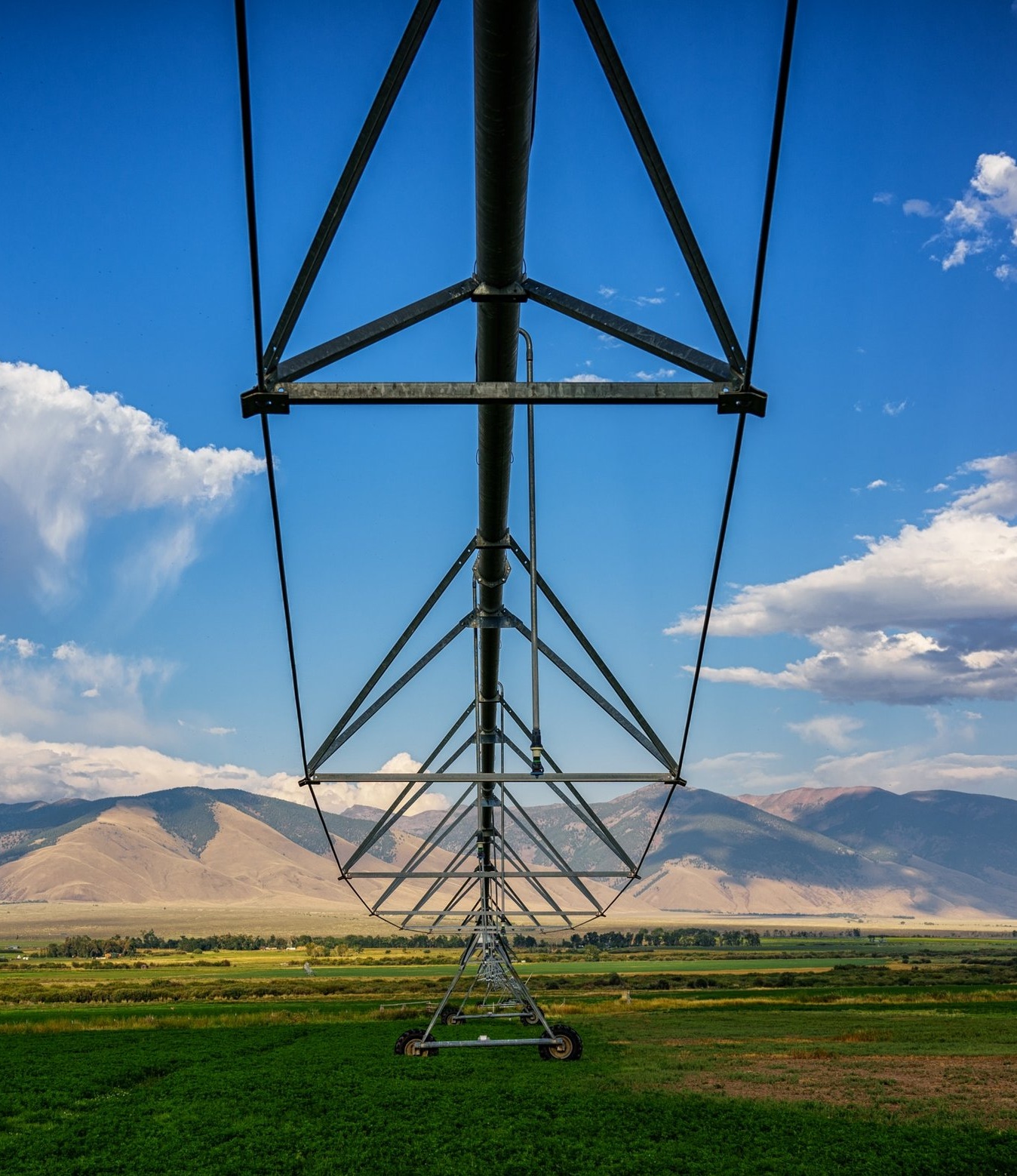 How do we get it right – what are the key elements to rebuild food systems after conflict?

It’s a really complicated problem. How do you rebuild multiple systems that have all been dismantled? And these systems – from water to health to food – all interact with each other. The burdens of conflict last a long time and run deep. It’s hard to know where to start and what to prioritise. The immediate issue is to make sure that people are fed and kept alive, meaning that long-term development is always the back-burner issue and actors fail to build up the capacity of local communities. For example, Timor Leste was in a state of conflict for so long that it has limited governmental capacity and has depended on foreign engagement to restore political stability.

How do we get it right? We could look to Nepal for some answers. It has been able to recover more quickly from its conflict – child stunting fell from 68% in 1995 to 36% in 2016. In addition to a huge international aid effort, the Nepalese government instituted strong governance around nutrition, underpinned by a plan that brought stakeholders from across sectors together. Preventing and dealing with conflict situations calls for multiple actor responses, hopefully coordinated. This was a key part of Nepal’s success.

Despite these troubling trends, in many ways the world is better equipped than ever to nourish both people and planet. What makes you most excited about the future?

The research agenda has come a long way, equipping us with the evidence and knowledge to make better decisions. The EAT Lancet Report demonstrates that there is the theoretical potential for a sustainable and healthy diet, and pathways to achieving it.

There are promising examples of government action happening. In 2014 Mexico introduced a 10% soda tax that saw an average reduction in consumption of 7.6% in 2 years. Initiatives in Bangladesh have gone a long way in improving water access and sanitation. Chile have introduced labelling regulation that marks any products deemed high in calories, sugar, salts or fat with a black ‘stop’ sign Those products marked with a black stop sign cannot be sold in schools and their surrounding areas, and cannot be advertised at times when children are likely to be watching TV. There are huge opportunities to replicate these initiatives elsewhere to incentivise and enable more healthy behaviours.

There is also a clear role for the private sector to provide people with access to sustainable, healthy products that are appealing and affordable. External pressure on the market is really powerful. Frameworks like the Access to Nutrition Index create a race to the top. And it’s great to see consumer demand prompting companies to develop more sustainable ranges. For example, the private sector is developing exciting alternative proteins to meat in high-income countries where people are eating too much of it. On the other hand, in some parts of the world people aren’t getting enough protein and animal protein is the most efficient way to address this. This is a big challenge – we need to scale solutions to tackle a global problem, but we also need to maintain localised perspectives.

Governments and businesses seem to be grasping the opportunity to take sustainable nutrition seriously. But at an individual level, can we have an impact too?

Absolutely. We can make better choices about what we eat, choosing to go for healthier, more sustainable options. This has benefits not only for our own health, but also for our local community and beyond, by driving demand for better products. 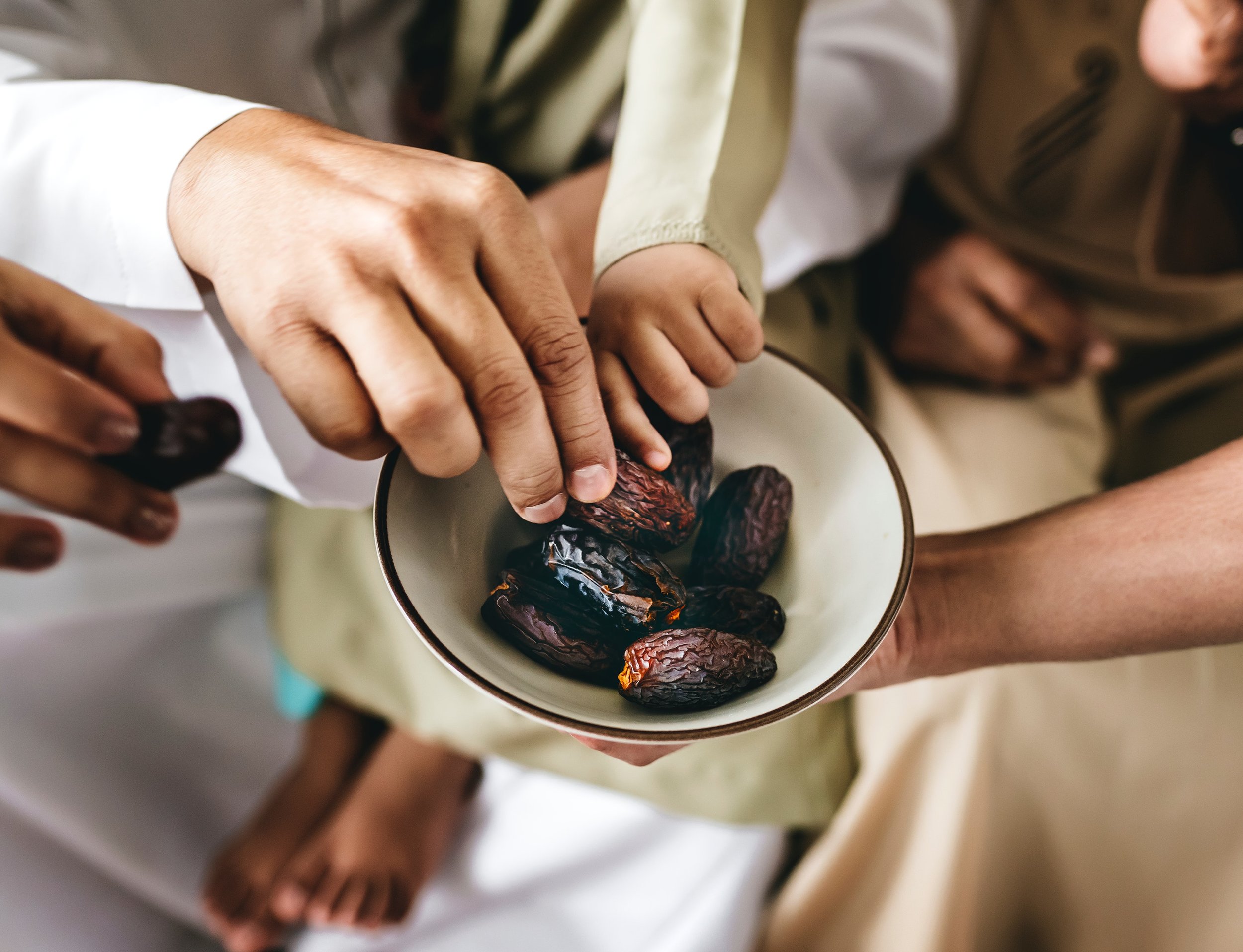 However, these better choices have to exist. The ability to be an effective citizen is not just an individual choice but depends on a food environment that’s conducive to health and sustainability: healthy products have to be available and affordable, while information on healthy diets has to be accessible and clear. At the moment, the deck is stacked against healthy choice freedom. Building a sustainable food environment is ultimately the responsibility of food system actors – that is, producers, retailers and policy-makers. 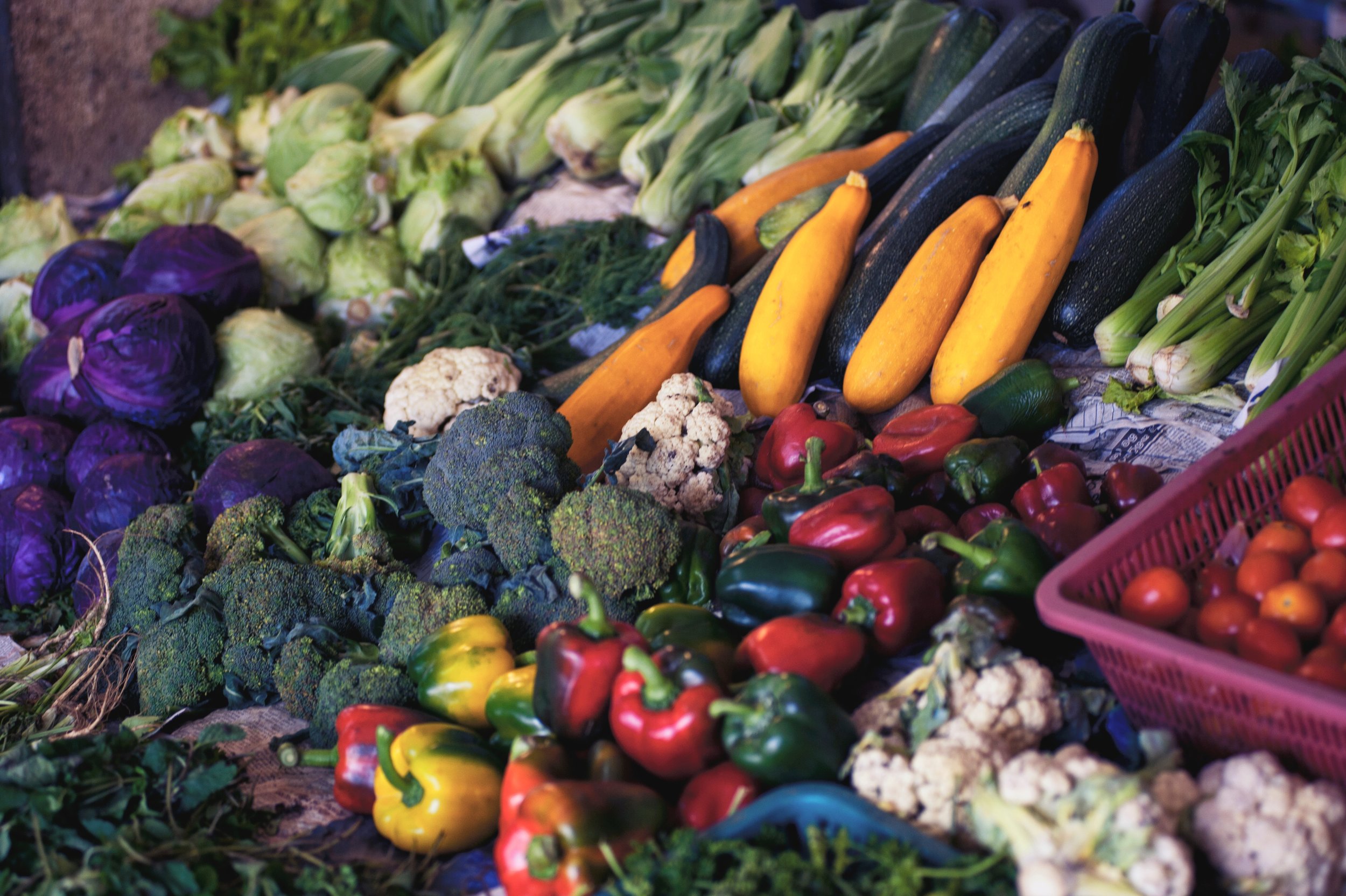 Finally, we couldn’t have this interview without asking you: what’s your favourite food?

I’m from Seattle so it’s got to be steamed clams. They serve them with hot butter there, so you dip the clams into the golden butter. They’re delicious and clams are high in zinc! When I’m in Italy (where my family is from), I guess it’s spaghetti a la vongole!

Connecting with the Community: How FOLU India engages farmers to improve nutrition

COP15: Nature’s new deal must also be a Paris moment for food

World leaders at COP27 must put the global food system on a fairer, more sustainable,...