The Government of Colombia has become the first Latin American country to commit to deforestation-free cocoa, as part of the Cocoa and Forests Initiative.

The Government of Colombia – along with its largest cocoa company, Casa Luker, the National Cocoa Federation, and in partnership with WRI and IDH – has committed to eliminate deforestation from the country’s cocoa supply chain by 2020.

Colombia made the commitment as part of joining the Cocoa and Forests Initiative, a global effort to ensure deforestation-free cocoa. FOLU congratulates Colombia and all those involved in developing this initiative, including core members of the FOLU team operating in Colombia.

Together with over 50 organisations from both public and private sectors, the FOLU team has produced a ‘Roadmap for a New Food and Land Use Economy for the Peace in Colombia’ – a set of strategies to advance sustainable rural economic development in Colombia, including policy and investment recommendations and business models to scale.

“The Food and Land Use Coalition has played an instrumental role in Colombia’s signing up to the Cocoa and Forests Initiative.  FOLU will fund the first year of implementation of the agreement, and worked closely with the Ministries, companies and partners who signed the Joint Framework for Action to bring it about.  Many of the key strategies for the implementation of the Agreement are also outlined in the Coalition’s Roadmap for a New Food and Land Use Economy for the Peace in Colombia.”

Cocoa is a strategic crop for Colombia: the country primarily produces high-quality Fino de Aroma cocoa, which is sought after on international markets. Unlike in West Africa, Cocoa is not currently a significant driver of deforestation in Colombia. Other activities have put pressure on the country’s forests, including livestock, cocoa production and illegal timber clearing, mining and infrastructure. Yet paradoxically, rates of deforestation have soared since the conclusion of the peace process, as parts of forest previously inaccessible due to the presence of illegal armed groups have now been opened-up to agriculture and other activities. 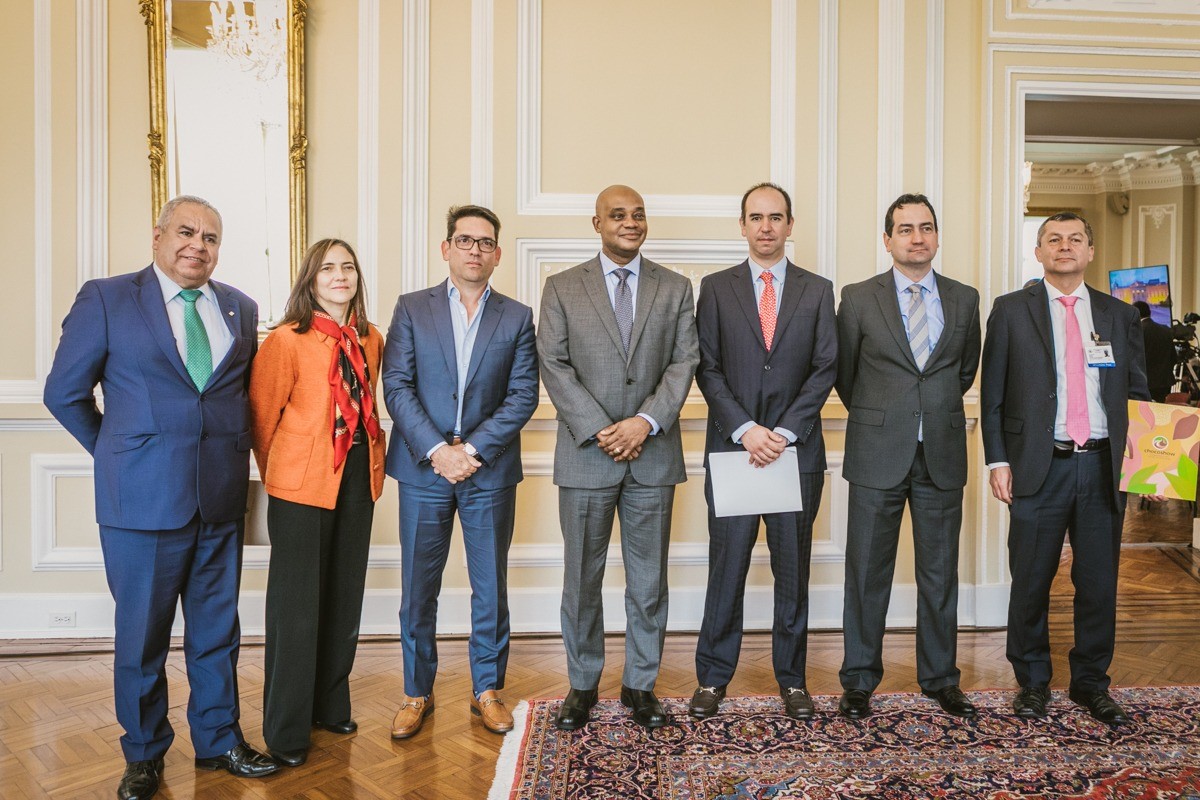 The Government of Colombia sees cocoa as a solution to the problem of deforestation: agroforestry-based cocoa is part of a comprehensive program to protect existing pristine forests and restore degraded land. Not only this, but cocoa will play an essential role in providing rural employment to farmers and communities previously involved in the conflict. In fact, the initiative will be called the ‘Cocoa, Forests and Peace Initiative’, in honour of cocoa’s role in advancing the historic peace process.

“The Government of Colombia is doing its utmost to reduce the high rates of deforestation which have ensued since the peace process. With the support of the international community, and responsible businesses, my country is making strong progress towards delivering on its commitments to put an end to deforestation. Cocoa is a critical part of this effort”

The Cocoa and Forests Initiative began in 2017 and seeks to create a global movement for deforestation-free cocoa. Cote d’Ivoire and Ghana, which together grow 60% of the world’s cocoa, were the first countries to join the initiative. With its rich natural resources – including globally important tropical forests – and promising signs of progress, Colombia is a highly valuable new partner in the initiative as it continues to transform the cocoa sector for benefit of people and planet.